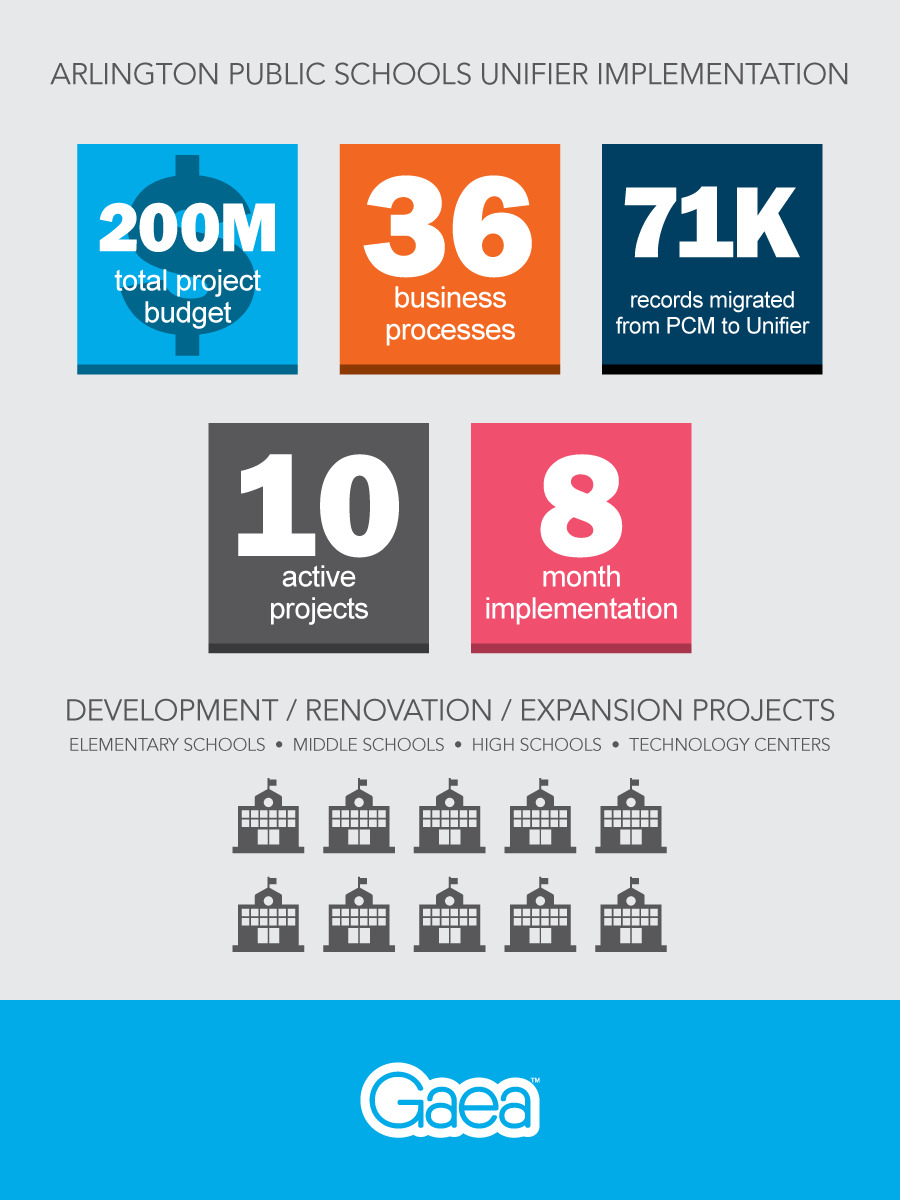 Arlington County is located across the Potomac river from Washington, D.C. Arlington Public Schools (APS) is the thirteenth-largest of Virginia’s 132 school divisions and has a total FY19 budget of more than $637M. APS includes 33 schools covering a population of 26 square miles and 225,200 people. Projected pre-K-12 enrollment for 2019 is 28,020.

PCM lacked the ability to host large project files, forcing APS to use additional software to manage most project documentation. Skysite, for example, was used to manage submittals, and caused effort duplication because the submittal workflow was managed in PCM while the actual submittal file was in Skysite.

Gaea and APS staff managed the project. Gaea developed scripts to extract more than 87 gigabytes of data from PCM and Skysite and migrated the data. 71,000 records from 20 projects (10 active, 10 completed) were migrated from PCM to Unifier. Most of the legacy system financial information was imported into Unifier through .csv templates Gaea provided to APS.

The APS core team and project managers did extensive validation and back checks on the migrated data. Once data validation was completed, APS gave Gaea the go-ahead to migrate to the newly implemented system. Gaea trained APS staff with role-based training for CMAs, AEs, CMRs, and GCs along with a train-the-trainer approach for the APS core team.

The new APS project information management system is used to manage more than $200M in development, renovation, and expansion projects for its schools and technology centers. Ten projects are currently active. Congratulations to everyone at APS and Gaea whose hard work and dedication was instrumental in the making the Arlington Public Schools Unifier implementation project a huge success!