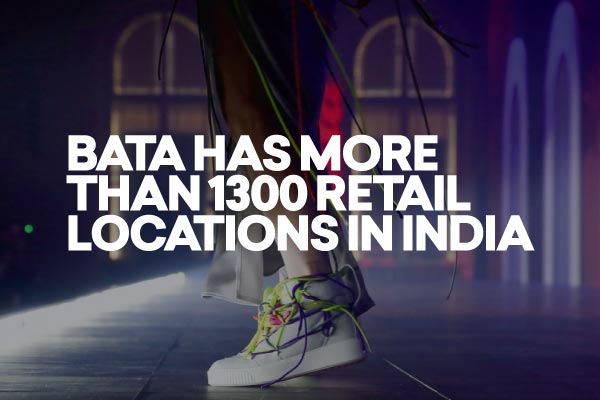 Bata is the largest and one of the most popular footwear retailers in India with more than 1,300 retail locations throughout the country. The Bata network in India consists of multiple affordable and high-end brands. The retail distribution center (RDC) located in Hosur, Tamil Nadu, India covers more than 100,000 square feet and distributes products to more than 600 stores. This warehouse, along with three other warehouses, work together to supply all the retail locations in India.

Bata was facing two challenges. The first was that the Bata RDC handles six different concepts with a constant flow of inbound and outbound inventory movement every day. Bata needed a new warehouse management system (WMS) to be implemented without affecting these operations. The in-house legacy systems were built specifically to work with other Bata legacy systems and were unable to be easily changed. All of those system adjustments, particularly for Bata’s interfaces and labeling system, had to be performed outside of those systems.

The second challenge was that the new WMS needed to be implemented in a few months and work immediately without any major hitches. End users needed to be comfortable with the new system and processes to operate with minimal supervision.

Since Bata could not change barcodes at their factories, any data modifications had to be made after scanning. Gaea utilized WaveLink TelnetCE (Windows) and Velocity (Android) scripting capabilities to address this challenge. Prefixes and identifiers were added to scanned data, and Gaea provided scan validation, visual feedback, and automated keystroke entries via these scripts. Examples of these capabilities include validating that the same pair of shoes was not scanned twice, showing the number of boxes received/picked, and auto-inputting CTRL commands. By using their existing multifield barcodes, Bata increased operational efficiency by capturing multiple data points like batch, expiry, and serial number, in one scan.

Because the legacy systems in use at Bata were outdated, automated integration was not feasible until proper middleware was implemented. To allow the WMS to make updates to Bata’s legacy ERP system, Gaea built custom reports in the WMS using its web-report tool. In addition to the interface reports, operations (ops) reports were created to assist the ops team in all warehouse areas. The ops reports were customized to show information pertinent to managers and in a format specifically requested by the managers.

Full-box picking from heavy-duty reserve racks was reduced to one step by allowing pickers to pick the box from the pick location without having to go through a two-step process of performing letdown and then picking.